Stand-alone devices and gateway devices which use proper device certificates for authentication can auto-register as things, based on a template, which can be configured at the “Device via Bosch IoT Hub” connection.

The feature can easily be enabled and disabled via the Things UI and via HTTP API.
See Concepts > Connections > Automatically create things when a new device is registered. 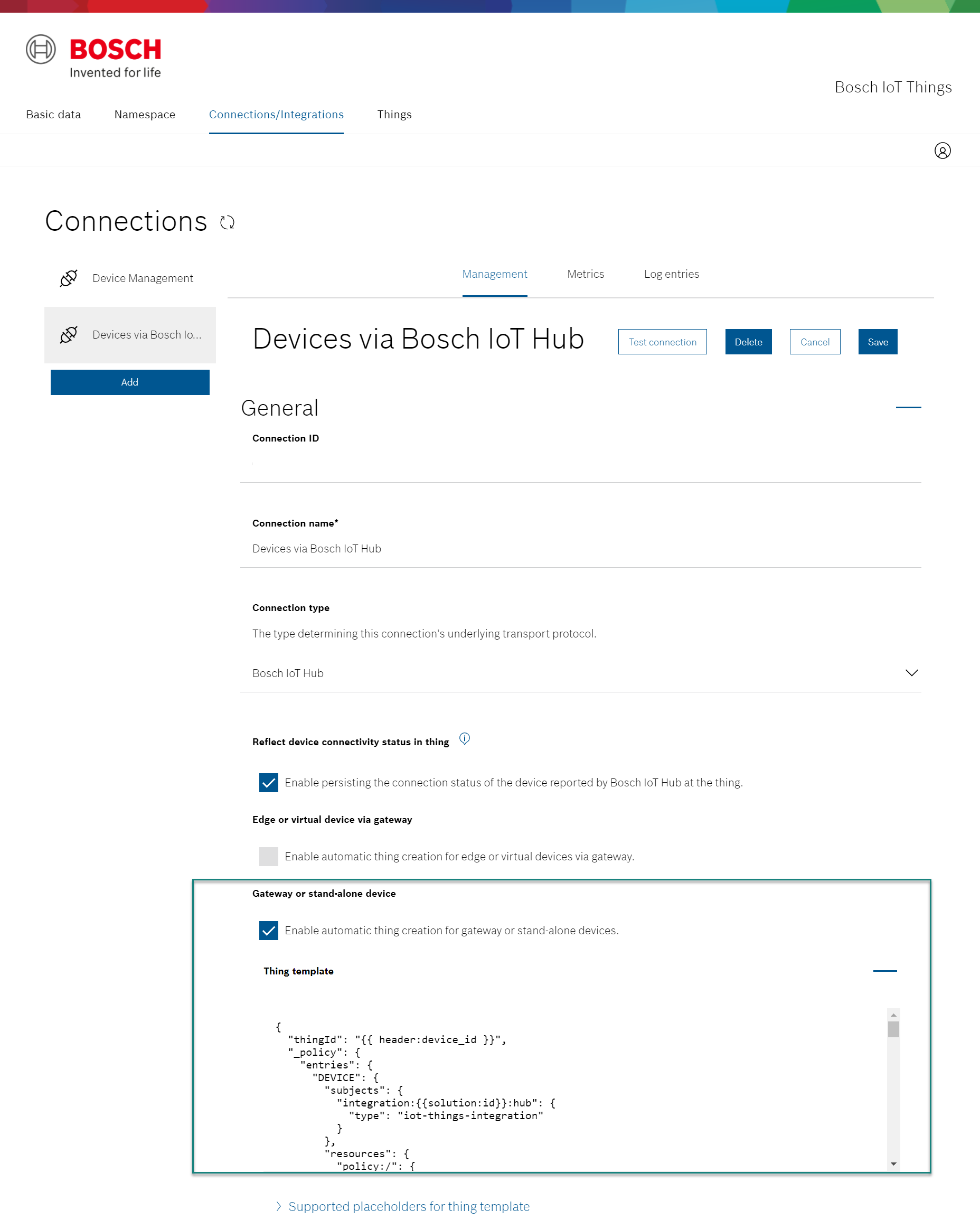 For managed Apache Kafka connections, you can now configure “sources” in order to consume messages from Kafka topics.

The “Device via Bosch IoT Hub” connection is subject to change from AMQP to Apache Kafka in the future. The migration will be prepared thoroughly and will be announced separately.

To guarantee an “at-least-once delivery” semantic for policy expiration announcements we have extended the respective APIs.

The example shows a timely limited “guest” entry of a client, which authenticated with a JWT. The subject will be automatically deleted from the policy once the expiry timestamp is reached.

To give the subject a chance to prolong the access he can configure a connection to get announcements. Policy announcements are published to websockets and connections that have the relevant subject ID.

The previous configuration to round up the timestamp for the expiry has also been changed, to avoid massive announcements for clients with JWTs, which are about to expire at nearly the same time.

At this occasion, various minor bugs have also been fixed.